This preview looks into the Italian Serie A match between Bologna and Spezia at the Stadio Renato Dall’Ara this weekend.

Bologna will try to keep up the momentum amidst poor results when they take on Spezia this weekend. The top tips for this match would be:

The results on paper might reveal that Bologna have lost back-to-back matches against Inter Milan and Roma. However, Sinisa Mihajlovic’s men have been quite unlucky to lose the last two games. Spezia required two remarkable goals in the last three minutes to win against Crotone. They might have run out of lucky charms ahead of this game.

This game promises to be an entertainer with Spezia coming on the back of a strong scoring form. Since being thrashed by Juventus, Vincenzo Italiano’s men have come up with goals in each of the last five games. Meanwhile, Bologna are aiming to score for the first time since the dawn of April but it is not down to a lack of chances. In fact, Bologna have looked quite good in the last four games even if they have lost back-to-back games.

Bologna and Spezia have been teams on a decent run of scoring form. Bologna could have easily scored two or more goals against Roma for the number of chances that they created in the game. Meanwhile, Spezia have been able to get a respectable eight goals in the last six matches. A look at the historic meetings between Spezia and Bologna will reveal a string of high scoring matches – including a 2-2 draw in the reverse fixture.

Sinisa Mihajlovic will be keen on getting Bologna back to winning ways. The team have a sequence of back-to-back matches at the Stadio Renato Dall’Ara before travelling to Atalanta. This presents a great opportunity to get back into the top half considering that six out of the nine league wins achieved by the team have come at home. Gary Medel, Aaron Hickey, Federico Santander, and Takehiro Tomiyasu are unavailable for Mihajlovic.

The back-to-back wins at home have done wonders for Spezia’s league position, which is now just a few places behind Bologna. In fact, Spezia will be able to leapfrog the weekend opponents with a victory at the Stadio Renato Dall’Ara. This situation could have been very different if not for the late winner against Crotone. Spezia remain without Juan Ramos and Riccardo Saponara for this game. 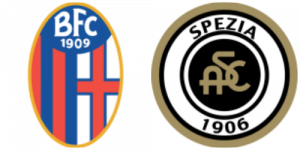 The Stadio Renato Dall’Ara will be the location for this league encounter between Bologna and Spezia.

Bologna start the game as favourites and they are provided odds of 1/1 to win the game.