Bournemouth will face Brentford in another match from the 9th round of the Premier League this Saturday.

Bournemouth and Brentford have had almost identical seasons in terms of results but when it comes to goals, the teams have been quite different. Here are our predictions.

Both teams had their fair share of goal-packed games but also multiple without a lot of goals or even any. In this particular game and with their current forms, we expect to see an under and a draw. We expect both teams to score once and the match to end in this way. Most games between these two teams from recent years had a lot of goals and perhaps the results of the teams suggest the same, but we see a different outcome.

Both teams had two or three draws since the start of the season and in most cases, they have these results against mid-tier teams. Against top sides, it is either a massive defeat or a shocking win. This is the ultimate mid-table match and we think that there will be a draw. Brentford need to bounce back from the recent 0:3 defeat to Arsenal while Bournemouth will be motivated to continue their defeatless streak to four games in a row.

Three out of the last five games between Brentford and Bournemouth ended with both teams scoring goals. Based on their performances this season, we can expect something similar from this game but we still think that 1:1 is the maximum for this match. Bournemouth have a goal difference of 6:19 and it is this bad because of the massive defeat to Liverpool with 9:0. Brentford have had the most goal packed games behind Man City with 15:12 in 7 matches.

We do not understand Bournemouth's plan for this season. The team got back to the Premier League after missing a few seasons and then did not spend almost anything on the transfer market despite the massive earnings. They bought just two players for 27 million total. It obviously shows in their bad results against top teams and unless they change some things, their future is not bright here. They are the smallest club in the league right now.

Brentford did not make massive changes in the current transfer window and generally attracted three players for about 50 million and a bunch of loans and free transfers. The new additions to the team have been quite impressive and successful, and right now, Brentford play very good football that is actually pleasing to watch. At the end of the day, it is Brentford and few people expect big achievements but the team has the potential and perhaps in a few years.

Top Betting Odds and Stats for Bournemouth vs Brentford

FAQs regarding Bournemouth vs Brentford 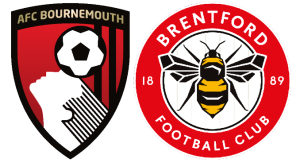