Breidablik will face Santa Coloma in the 2nd leg of their Europa Conference League qualifications on Thursday evening.

Breidablik won the opening leg which was no surprise but it was rather unexpected that they won by just one goal. Here are our predictions for the second fixture.

Breidablik are coming from the elite of Iceland and this is probably the most goal-packed league in Europe. The team is also one of the best and the highest-scoring one in the country, so we can always expect a lot of goals from them against a weak opponent. They failed to score more than one in the opening match but now that they are at home, we think that Santa Coloma will not be able to withstand the pressure and we should see 3-4 goals for the home team.

Breidablik are a massive favorite to win this match and it is obvious why – Santa Coloma are from one of the weakest and smallest leagues in Europe and a team that cannot even be considered 100% professional. Breidablik are the stronger team and we expect them to go all-in from the start of the match and we expect a win at half time, as well as full time. The odds for the FT win are insignificant, so consider the HT market.

We are going to cheat a bit here because the odds for the both teams not to score market are too low to be considered. At the same time, the clean sheet for Breidablik has value and it is practically the same bet in this particular case. We do not expect Santa Coloma to score here although Breidablik's defense is nowhere near the best ones.

Breidablik are the current best team in Iceland as they are leading in the current season. In the previous campaign, the team lost the championship by just one point after being the absolutely most dominant team in the league. They scored 55 goals in 22 games and allowed only 21 in the same number of games. They are even stronger this year and we have expectations that they might even reach the group stage here.

Santa Coloma are one of the top teams in Andorra if we can even consider any of the teams there as good. This is a small country and one of the smallest leagues in Europe and the level is far below the average of the continent. Santa Coloma are also not a high-scoring team – in fact, they have the fewest goals out of all the better teams in the country. 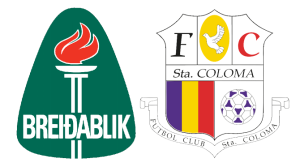 In which places did the two teams end the previous seasons on the domestic stage?

Both sides were extremely close to winning the titles in their countries. Both sides finished in 2nd places within 3 points of the champions.

This fixture has been scheduled for a stadium called Kópavogsvöllur, located in Kopavogur.