Brescia To Win 2nd Half

Brescia face Reggina in another fixture from the final round of this season in Serie B.

Brescia lost their chances for the title but there is still a chance to get directly to the play-off semi-finals.

We have two completely different teams in this match. Brescia have been one of the top teams in the league and have one of the top defenses. On the other side, Reggina are one of the teams with the weakest attacks in the entire league and they have a lot of games when they do not score even a single goal. We think that Brescia will give their best in their final fixture and win it with a clean sheet.

Brescia are massive favorites in this game and the odds for them to win are not worth a shot. The 2nd half result, however, is and that is because Brescia are a team that plays better in the second halves of their games. We often see them concede first and then turn the game around and most of the goals they score at home happen in the second 45 minutes of their games.

Brescia were one of the main title contenders until about a couple of weeks ago but their three most recent games did not include any victories. This led to them being too far behind the current leaders. They now have to win this match to at least reach the play-off semi-finals instead of the quarter-finals that include two extra games. In 37 rounds, the goal difference of Brescia is 52:35.

Reggina have had a truly disappointing season although they managed to survive the relegation battle. They are one of the teams with the fewest goals this league and have the second-weakest attack in the entire league. In 37 games to date, they managed to score just 31 goals. They will have serious difficulties in this match.

Top Betting Odds and Stats for Brescia vs Reggina

FAQs regarding Brescia vs Reggina 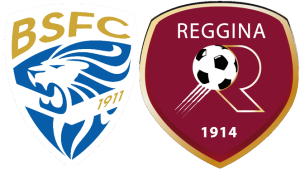 In which places are Brescia and Reggina right now?

Reggina will end this season right above the relegation zone below the middle of the table. Right now, they are 13th with 46 points. On the other side, Brescia are 5th right now with 63 points.

This match has been scheduled for Brescia's home ground – Stadio Mario Rigamonti.