Brighton will face Aston Villa in yet another match from the 16th round in the Premier League.

Brighton and Aston Villa have had conflicting forms and the three points here are extremely important. Here are our predictions.

We have two very different teams but both sides have recently been involved in huge matches with amazing scorelines. We expect a goal-packed game and both teams will be extra motivated for the three points. Brighton have had four games in a row with over 2.5 goals while Aston Villa had at least three goals in all five most recent ones.

Both teams have new managers and both teams have had some good results lately. The difference is that Brighton is a better built squad and there is more chemistry, and it shows. They beat Arsenal and Chelsea within a week and we think that Aston Villa will not get enough chances in this match. It will be a difficult game but Brighton should be able to win it.

We have no doubts that both sides will score in this match, although Aston Villa's away performances have been a disaster this season. The important fact is that Brighton are back to their best form and if they scored three goals against Arsenal and Chelsea the past 10 days, they should manage the same against a struggling team.

Brighton had an incredible start to the season and we believe that if Graham Potter had remained in the team, they would have been much better right now too. We expected them to be contenders for Top 6 after that start and while there was a decline after the managerial change, the team is now back strong and can be a problem for the big clubs.

Aston Villa did not have the worst results overall but they had not won in four games in a row and that quickly led to the sacking of Steven Gerrard a couple of weeks ago. It came after Aston Villa lost 3:0 to Fulham on the road. Since then, Villa got some massive results like the win over Man United in the PL but also some big defeats. Aston Villa desperately need points but Brighton will be a huge challenge.

Top Betting Odds and Stats for Brighton vs Aston Villa

FAQs regarding Brighton vs Aston Villa 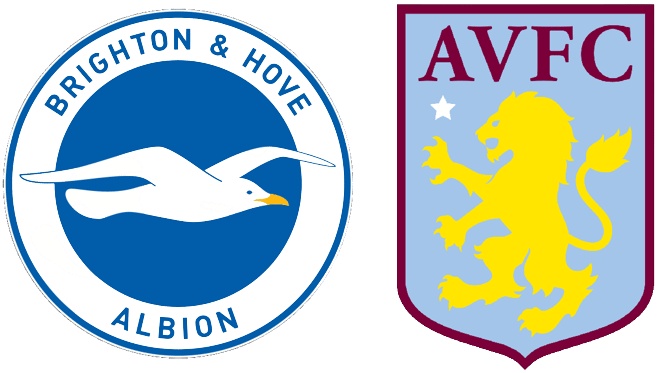 There is a 6-point difference between the two teams. Brighton are 6th with 21 points while Villa are 13th with 15 points.

Which team is the favorite?

Brighton are a huge favorite ahead of this game.

Aston Villa beat Brighton on both occassions last season with 2:0 and 0:2.

Where will the match be held?

The match will be held at the AMEX Stadium in Brighton and Hove.