In this betting preview, we look at the A-League fixture between Brisbane Roar and Western United at the Dolphin Oval on Wednesday, May 05. Both sides are contending for a playoff position as the season beckons on its second half.

Western United travel to the Dolphin Oval to secure their A-League play-off qualification slot. With Brisbane Roar unbeaten in their last six outings, the odds are in their favour. However, the hosts' recent form has left a lot to be desired, especially their 0-0 draw with Wellington Phoenix, which made it four draws in a row at home. Warren Moon will be looking to arrest the slippage of points at home and United are the perfect foil for this.

In this potential six-point fixture for the play-offs, both sides have shown a tendency to keep matters quiet. Brisbane have not seen three goals or more in their last six home games. Meanwhile, Western United have only seen the Over 2.5 being realized twice in their last five games. With both sides struggling to score, especially Roar at home, it looks likely that another low scoring affair is on the cards.

Western United have only failed to score twice in their last 8 away trips. Meanwhile, Roar have been profligate at home and failed to get on the scoreboard in four of their eight home games this season. Moon has not addressed this in recent outings but should have a plan for Brisbane's attacking woes. With United conceding with regularity, the match provides them with the best opportunity to end their barren run.

The Roar are the form team in A-League in recent history, picking up 11 points from the available 15. It puts them in the right frame of mind to tackle the final stretch of the campaign. Moon's side have struggled to score regularly, coinciding with Dylan Wenzel-Halls barren form. This has put additional responsibility on young Riku Danzaki, who is second in the club's scoring chart behind Dylan. The 20-year-old has six goals from 17 outings, proving to be the Roar's breakout player this season.

Mark Rudan ensured playoff qualification last time around but they are in uncertain waters in the 2021 A-League campaign. United have struggled to maintain a decent run of results. This can be attributed to their low output in front of the goal. However, they have impressed at the back, conceding a paltry four goals from their last five outings. To get a decent result, they will want 35-year-old Besart Berisha to find his scoring boots. The Kosovo national has failed to hit the back of the net in four successive outings and is far away from his 19 goal tally for the last campaign.

FAQs regarding Brisbane Roar vs Western Utd Coverage and Accessibility 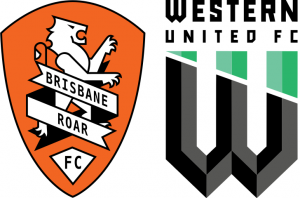 The match will take place at Dolphin Oval.