Bristol Rovers welcome Tranmere to the Memorial Stadium on Saturday in England’s League Two. Read our free predictions and find the latest odds for the fixture below in our detailed match preview.

Can Tranmere end their four-game winless stretch against Bristol Rovers on Saturday? Read our top three predictions for this weekend’s fixture below.

Tranmere Rovers are in freefall and Micky Mellon’s charges were beaten for the third time on the spin in League Two last weekend in a surprise 1-0 reverse at home to Sutton. Bristol Rovers meanwhile, displayed their ability to mix it with the division’s better sides once again, when they beat high-flying Northampton at the Memorial Stadium the same day. The Pirates will be smelling blood again against a fragile-looking Tranmere on Saturday, so side with the hosts here.

Tranmere lost 1-0 to Sutton last weekend and that was the 14th time in 16 League Two fixtures involving Rovers this season where under 2.5 goals hit the net. Rovers are incredibly mean in defence, however, their lack of punch at the opposite end means excitement levels in their matches is generally low. We expect another contest decided by fine margins in Bristol this weekend and we recommend sticking with the under 2.5 goals market as a result.

Tranmere have conceded the first goal in each of their last three assignments in League Two and Rovers have found it difficult to muster a response when they go behind. Bristol Rovers’ tails will be up following their superb 2-1 win over title-chasing Northampton last weekend and we’re tipping the hosts to come out of the blocks quickly against Tranmere. Consequently, they look an interesting price to open the scoring on Saturday.

Veteran striker Leon Clarke is a long-term absentee for Bristol Rovers while Glenn Whelan is suspended following his dismissal against Northampton. Trevor Clarke should be back in contention following his recent ban, however. Rovers climbed up to 14th spot thanks to their victory over the Cobblers and another positive result this weekend could catapult them into League Two's top half.

Keeper Joe Murphy is still in the treatment room, though manager Micky Mellon has a strong squad to choose from elsewhere. Rovers are on their worst run of the season in League Two, though they have won three of their last four matches in all competitions courtesy of a string of cup victories. Rovers have fallen off the pace in the fourth tier to such an extent, that they could be leapfrogged by their hosts this weekend.

Top Betting Odds and Stats for Bristol Rovers vs Tranmere 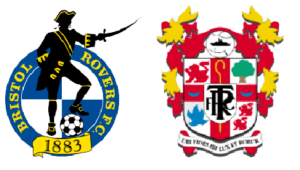 We recommend checking out the odds at NetBet for Bristol Rovers vs Tranmere.

The clubs played out a 0-0 draw when they last met in League One back in February 2020.