Bromley and Altrincham will face off in a postponed fixture from a few months ago.

The season is over for both sides here and neither have anything to fight for in this fixture.

Neither of these teams is particularly great in attack and their defenses are on the average level of the league. However, we have some clear stats that go against Altrincham. This is a team that struggles a lot on the road and has scored just 22 goals in 22 outings this season. In quite a lot of their matches, they failed to score a single goal. In particular, they failed to score a goal in 7/10 recent outings.

Bromley are not significantly stronger than Altrincham at this point. Nevertheless, Altrincham have been struggling a lot on the road this season and in recent months, in particular. For example, we mentioned that they failed to score in 7/10 recent cases. Moreover, they won only 2 of their last 10 and lost six of them. Bromley often reach draws at home but we expect one strong performance at home.

Bromley do not have even one of the better attacks in the league but they scored some goals in their home games. In 21 cases to date, the team netted 35 goals. On the other side, Altrincham allowed 41 goals in their net in 21 outings this season. In particular, they conceded more than 2 goals in six out of their last ten games away from home. We think that Bromley have a good chance in this match.

Expectations were higher for Bromley at the start of the season but the team will finish almost right below the promotion zone after an above-average campaign. Their main problem has been the attack – the team is in the group of those with the worst attacks in the league with just 56 goals in 42 games. They could turn out to be a potential contender next season as long as they improve offensively.

Altrincham are one of the teams with the fewest draws this season but this also means that they lost a lot more games than most sides in the league. The team scores goals – 61 in 42 games to date, but their defense is much worse. Out of 23 teams, they have the 7th worst defense despite landing in the middle of the table at the end of the season. There is a lot of work to be done in between seasons for Altrincham.

Top Betting Odds and Stats for Bromley vs Altrincham

FAQs regarding Bromley vs Altrincham 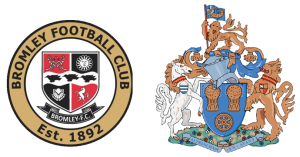 In which places are Bromley and Altrincham right now?

Both sides have no chances to reach the playoffs and will finish the season around the middle of the table. Bromley are 11th with 63 points while Altrincham are 14th with 54 points.

This fixture has been scheduled for Bromley's home ground – the Hayes Lane.