Brondby look to make home advantage count when they go up against Pogon Szczecin at the Brondby Stadium. Since the first leg meeting, both teams have encountered defeats in the domestic games.

Brondby were held to a 1-1 draw by Pogon Szczecin thanks to a late equaliser from Zahovic. In the weekend matches, however, both teams ended up losing in their respective domestic games.

Brondby come on the back of a big slipup in the domestic matches, as they lost 3-1 in the weekend. Pogon Szczecin have been very poor when it comes to away matches and they are yet to score an away goal in the Conference League since last season. The troubles are likely to continue going by the recent form of the two teams. Brondby are likely to bounce back immediately from the recent domestic loss.

Pogon Szczecin have had a mixed form in recent weeks. Even though the team has had some solid victories, most of them have been at home and their away performances have not been equally good. Brondby are likely to be the big scorers of this game but there will be efforts from Pogon as well.

Pogon Szczecin have been quite mediocre when it comes to away games and they have not been scoring at the same level during this period. Pogon Szczecin are unlikely to give up without a fight.

Brondby were very mediocre in the domestic campaign last season. Even then, they were still able to achieve European qualification. The prospect of featuring the group stages will be a huge bonus for Brondby considering their form last season. Niels Frederiksen comes into the game without Carl Bjork, Andreas Maxso, and Kevin Mensah unavailable because of injuries.

Pogon Szczecin come into the game after having been quite good throughout their recent domestic season. After finishing third in the standings last season, Pogon Szczecin will be hoping to make it to the group stages of the Europa Conference League for the first time. One major advantage for coach Jens Gustafsson will be the lack of injury problems in the squad. 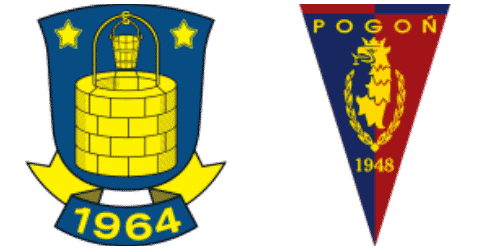 Brondby Stadion is the destination for this Conference League qualifier meeting.

Brondby are the big favourites to win the game.