In this betting preview, we look at the Bundesliga meeting between Borussia Monchengladbach and Arminia Bielefeld at Borussia Park on Sunday, April 25.

After struggling in the Champions League and Bundesliga, Marco Rose finally managed to turn around the Colts losing run. However, their four-match unbeaten run came to a close against TSG Hoffenheim after they had taken a two-goal lead. Monchengladbach will rekindle their Europa League qualification aspirations against struggling Arminia Bielefeld. The visitors have registered two successive draws on the road and are unbeaten in their last four matches to stave off relegation.

This Bundesliga fixture proposes to have something for both sids involved and neutrals. Gladbach have scored 2+ goals in five successive matches but will come across a side averse to scoring. Bielefeld have hit the back of the net a paltry three times from their last five matches. Moreover, they have only conceded twice in this duration. It makes up for exciting reading as the two sides face off each other.

With both sides in seemingly different moods, the balance is tilted slightly in favour of the hosts and their ability to have goal contributions. They have been involved in 18 goal contributions over their last five games, at an average of 3.6 goals per game. This has been made possible thanks to Gladbach's high-intensity approach to the game with their potent attack. Given the fact that Europa League participation and Bundesliga safety are on the line, we should have goals on either side of the pitch.

Marco Rose will be leaving Borussia Park at the end of the campaign. In his final gift to the Colts, he is aiming to deliver European competition in the form of the Europa League. Monchengladbach have placed themselves in the right spot but have to deliver in the final round of fixtures. Rose will send out his side to bounce back from their away defeat to Hoffenheim. His confidence will be in playmaker Jonas Hoffmann continuing to deliver for his side.

Die Arminen have regained the confidence they were lacking since the middle part of the campaign. They are unbeaten in their last four Bundesliga outings and have distanced themselves from the relegation-playoff slots. However, with anything possible in the final stretch of Bundesliga fixtures, they will have to give a good account of themselves. Midfielder Ritsu Doan continues to shoulder scoring and playmaking responsibilities for Bielefeld with their forwards in a disappearing act for them.

Top Betting Odds and Stats for Monchengladbach vs Bielefeld

FAQs regarding Monchengladbach vs Bielefeld Coverage and Accessibility 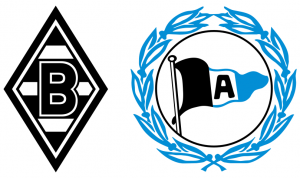