Burton Albion would be aiming to continue the home unbeaten sequence when they face Tranmere in the next fixture in EFL Trophy on Tuesday, 22 November. Super White Army have followed a long winless pattern in recent games in League Two.

Burton Albion has registered only one victory in the last five attempts, ending the last two in draws. But the team has been consistent in the home attempts and won three of the previous five hosting duels, losing zero. However, Tranmere are on a drought for a win from the previous seven games and lost three of them. The teams have faced each other four times and the Brewers were on the winning side in three of them. So we can set Burton Albion as our favourites to advance to the next round of competition in this game.

We have seen a decent flow of goals in the H2Hs of these teams and all of the last three meetings ended with high-scoring totals. Burton Albion hit the target ten times in the last five games and added a total of 12 goals in the previous five home attempts. Tranmere have also registered a scoring string with at least one goal in all of the recent visits. Given this, we predict the teams to conclude a total of at least three goals at the end of the game.

Burton Albion’s front line has been great at home recently and scored more than once in four of the previous five duels. But the team has also conceded five goals in the last two of them. On the contrary, Tranmere didn’t confirm a winning run previously but they have scored one goal per game in the last four visits successively. The last three H2Hs have witnessed a BTTS pattern and we hope for the same. But the final score should bring the home side to the winning side with the expected equation of 2-1.

The Brewers played their consecutive four winless games in League One and witnessed a 2-2 home draw previously Plymouth. Burton has registered only three wins in 19 attempts and stands in the twenty-second position on the points table. Mustapha Carayol won’t be able to appear in this game due to a knee injury.

Super White Army hosted AFC Wimbledon in the last game and conceded a 0-2 defeat, playing in League Two. However, a combination of seven wins and five draws in the 19 league outings has helped the team to stay in the twelfth position. The head coach Micky Mellon will be free to report any fitness issues in the team before this game.

Top Betting Odds and Stats for Burton Albion vs Tranmere

FAQs regarding Burton Albion vs Tranmere 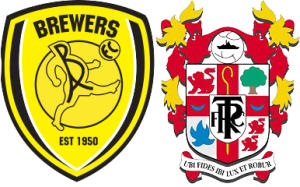