Cangzhou face Tianjin Tiger in a fixture from the 18th round that might end up as one of the most important matches for both teams. Since both teams are not among the best in the relegation group, this match is a rare chance for each side to gain some points against a weaker side before the serious matches against teams like Shanghai and Henan.

Cangzhou had it all since the restart of the season – a loss, a draw, and a win, in that order. Tianjin, on the other hand, have not yet won a match and their future in the league remains uncertain. Which side will take the three points home?

As two of the weakest sides in the Super League, Cangzhou and Tianjin Tiger have terrible defenses. Obviously, their efforts in attack have not been ideal either or they wouldn't be in this position. So, in most cases, we wouldn't expect both sides to score but as they are absolutely equal in strength, we see this match to end with goals from both sides. It is important to note that both teams played three games already and all had goals from both sides – 1:2, 1:1, 4:2 for Cangzhou and 1:2, 1:1, 1:1 for Tianjin Tiger. So, obviously, we have everything we need to believe that this match will also end with a similar result.

Tianjin had some semi-positive results with those two draws since the start but those games were against the three other weakest sides in the Relegation Group. Cangzhou had better results in their three games and two of those games were against stronger teams. Yet, they showed character and performed well. So, we expect them to win this but we are not entirely sure if this match will not end in another draw. Thus, we pick the draw no bet option for the hosts and in the case of a draw, we will get our money back.

We obviously expect to see goals from both sides as explained above but we do not see the visitors with more than one. Cangzhou are not a bad team and they seem to be in some kind of an average, if not good form. They conceded goals in all three of their games but more than 1 goal in just the opening round. Tianjin scored in all three of their games but never more than one goal. In fact, they didn't have too many chances in any of their three games, so we do not expect to see some kind of a dominating performance from them, especially as the underdogs in this fixture. 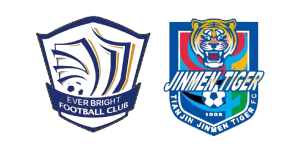 • In which places are Cangzhou and Tianjin Tiger?

These two teams are in the fight to remain in the league after this season. Cangzhou are 4th with 14 points while Tianjin Tiger remain in the relegation zone with 11 points after 17 rounds.

This game has been scheduled for 11:30 UTC on Tuesday, December 21.

• What is the goal difference of both sides?

Obviously, these two teams have conceded more goals than they have scored, but how many exactly. In Cangzhou's case, the team has 18:29 while Tianjin Tiger's goal difference is much worse – 14:33.