Round 19 in the Championship Group of the Chinese Super League begins with a curious fixture between Changchun Yatai and Guangzhou City – two teams that do not appear to be at their best.

All teams in the Championship Group have a chance to reach the AFC Champions League at this point but no team is closer to the leading places in the table than Changchun Yatai. The team has not been convincing since the restart of the season and a match against one of the ‘weaker' teams is the perfect opportunity to pick up a win after two consecutive losses.

Neither Changchun nor Guangzhou City have been among the highest-scoring teams in the league and yet, these sides have a rich head-to-head history that predominantly includes games that were extremely goal-packed. In other words, these teams love to play against each other and the matches are always good. Seven out of the last 10 head-to-head games ended with both teams scoring at least one goal and in most cases – we see at least one with 2-3 goals. So, you can also pick the over 2.5 alternative for this match.

Changchun are the obvious favorite here despite the recent matches that probably suggest otherwise. Guangzhou City got a win and a draw in the last two rounds but those results do not show their true strength – the team was weaker than its opponents in both matches but had better luck. In Changchun's case, they lost the last two rounds but played against the two strongest teams in the league and still performed almost as equals. We see them as the better team overall here and we believe that they will make use of this chance for a win.

We mentioned the head-to-head games – if you take another look, you will see that Changchun Yatai score always when they are the hosts and in the majority of the games – more than once. Anyhow, they have not been at their best at home since the restart but if we take a look at the regular season, they were extremely dominant at home and even against the strongest teams in the league. We expect them to be the better team on Sunday and also score at least two goals. 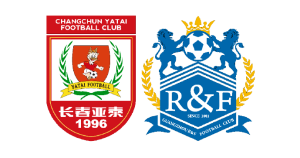 • In which places are Changchun Yatai and Guangzhou City?

As mentioned above, both teams have a chance to reach the AFC Champions League, which means that they are not among the top sides currently. Changchun Yatai are 4th with 32 points while Guangzhou City are 7th with 25 points.

Overall, these two teams are far from the highest-scoring sides but obviously – good enough to be in the championship group. Despite the difference in standings, both teams have scored 27 goals in 18 games.