It is the last round of the Chinese Super League and all teams in the league know their final placements – at least, in terms of who will play in the AFC Champions League. Changchun Yatai had more than enough chances to keep up with Shanghai Port and Guangzhou but they failed in the previous round. Now, they are four points behind with just one game left.

Shandong Taishan have definitely not been doing their best since they won the title and it is understandable – the team doesn't need to win anymore. Not that they have been bad but the motivation to win at all costs no longer exists.

With one game left, we expect that both teams will play freely and we will see more goals than usual. Changchun Yatai and Shandong Taishan played two weeks ago and the match ended in a 2:1 win for the champions. There is no doubt which team is the better one but Shandong have not been portraying their best defense since the title was decided. No team would like to end the season on a bad note, so we should see their best-attacking football.

Neither team has had too many draws but at this point, we see this as the most possible result. Both of Shandong's recent games ended in draws and it didn't matter if their opponent was good or bad. They played well but didn't have that extra motivation they were showing throughout the season. Changchun Yatai are among the better home teams in the league and lost just one game at home this season. Shandong are the best away team obviously but without any purpose, this game might end in a well-deserved draw. 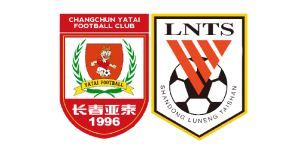 • How many goals have Changchun Yatai scored this season?

Changchun Yatai are not among the highest-scoring teams in the league but they have one of the better goal differences – 30 goals scored next to 19 conceded.

• How many goals have Shandong Taishan scored this season?

It is curious but the champions do not have the best attack in the league – there is a team that has scored more than them. Even so, Shandong Taishan have scored 46 goals in 21 matches this season.

This game has been scheduled for 7:30 UTC on Tuesday, January 4.