After tasting defeat in their opening round fixture against Australia, China takes on the challenge of Japan at the Khalifa International Stadium in Doha. Japan are next up for the Dragons, who also began their 2022 FIFA World Cup qualifying campaign with a loss against Oman.

Both China and Japan will be looking to overcome their poor start to the 2022 World Cup qualifying campaign. They are in the vicinity of the hosts Qatar but a long test of trials await them prior to their confirmation as participants. Japan will fancy their chances after claiming two successive wins against the Dragons. The fact that the match is played in Oman also negates China's home advantage and will go in Samurai Blue's favour.

The last two meetings between China and Japan concluded with a 2-1 scoreline. We do not expect a similar affair this time around as both sides enter on the back of defeats. Li Tie will surely have picked up points about how to strangle Japan's attackers from Oman and it will be on show again. Moreover, the Dragons will be in damage control after their 3-0 defeat to Australia and will not want their goal difference to further worsen.

The last four meetings between China and Japan finished with both sides giving the official scorers work to do. However, those fixtures were spread across eight years and the teams' respective form suggests otherwise. Only one side has gotten on the scoreboard in three of their last five matches for both teams, and this trend seems to continue in this meeting. The fact that both sides did not get on the scoreboard further in their last competitive outings further adds to this expectation.

With all the turmoil going on in the Chinese Super League, the Dragon's Team has been affected. Moreover, Lie Tie's charges have been under constant upheaval due to the corona virus pandemic as domestic matches are being rescheduled regularly. While all eyes will be on them to get a positive result against traditional rivals Japan, the possibility of such a result looks unlikely.

The Samurai Blue will be seething will anger following their 1-0 defeat to Oman. A late goal from Issam Al Sabhi at the Panasonic Stadium Suita set them up for a disheartening defeat. They will be looking to get over the result against China, a team against whom they have claimed bragging rights in their last two duels. All eyes will be on Ado Onaiwu to repeat his hat-trick heroics against Kyrgyzstan, or for Kyogo Furuhashi to bring his club form to the national stage.

Top Betting Odds and Stats for China vs Japan

FAQs regarding China vs Japan Coverage and Accessibility 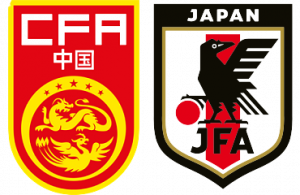