Chongqing Liangjiang face Dalian Pro in the next round of the second stage of the Chinese Super League. Both teams are in danger of relegation and need all the points they can get in the remaining rounds. Which side will steal the three points and get further away from the relegation zone?

Both sides have incredibly weak defenses – some of the weakest in the entire league. Both started the second stage with positive results and will be motivated to get the most out of this difficult fixture on Wednesday.

As mentioned above, both teams have incredibly weak defenses – both sides have conceded 29 goals in 15 rounds. Their other problem is on the offense – both teams haven't scored a lot of goals overall. We base our bet on the defensive factor as we expect to see the typical cracks in defense that give out perfect chances for goals. Old head-to-head games between these teams often ended with a lot of goals, so it will not be a surprise to see a goal-packed game two years after their last fixture.

Obviously, both teams are weak and the match result can be unexpected. We base our bet on Dalian Pro's away performances this season, which have been terrible overall. The visitors have won just 3 points in 7 away games. Chongqing's home performances are nothing impressive but we know that they can generally win if they play at their best. They have won 10 points in 7 home games which is one of the better records in the Relegation Group. We expect to see both teams score here but we also expect the home team to net at least 2 goals and win this fixture.

As mentioned in the previous tip, we expect the hosts to score at least two goals in this fixture. Not that their attack has been incredible this season, but it is the tied-best in the Relegation Group. Overall, they have scored 11 goals in 7 home games this season. More importantly, Dalian Pro have conceded 15 goals in 7 visits this season and it is yet to be seen if their defense has improved over the break. In each case, the odds here will be worth, once they get released. 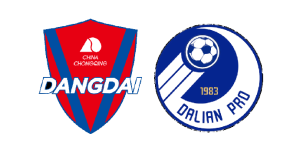 • In which places are Chongqing Liangjiang and Dalian Pro?

The teams are separated by 2 points and are dangerously close to the relegation zone (7th and 8th place). The hosts are currently 4th with 12 points while Dalian Pro are 6th with 10 points.

This game has been scheduled for 7:30 UTC on Wednesday, December 15.

This game will be played at the home team's stadium – the Chongqing Olympic Sports Centre, which has a capacity for 58,680 spectators.