Cittadella and Frosinone will face each other in a crucial game that will decide which of the two teams will be in the promotion zone after this round. The teams are next to each other in the table.

Cittadella and Frosinone are in a similar form and have been going through ups and downs in recent weeks. This game will be quite interesting and unexpected.

We have two completely opposite teams in terms of performances this season. Frosinone are one of the the sides with the most goals out of the entire league and the most games with over 2.5 goals – 13 out of 25 games to date. On the other side, Cittadella are the team that has had the least games with over 2.5 goals – only 7 out of 25 games. What's important here is that these teams never score a lot of goals against each other – out of the last 10 head-to-head games between them since 2017, only three had more than 2.5 goals. The previous game from earlier in the season ended in a 0:1 win for Cittadella.

Both sides have had ups and downs in recent weeks and appear to be in identical forms. However, we have a small factor here which is the head-to-head games. Cittadella have always been the better team in head-to-head games and the last time they lost against Frosinone as eight fixtures ago in 2018. In the last five cases, Cittadella were the team that scored first and they also beat them once already this season. We think that we will see them score again and at least win a point with a draw. An alternative option is the draw no bet option for Cittadella, so consider this as well.

Top Betting Odds and Stats for Cittadella vs Frosinone

FAQs regarding Cittadella vs Frosinone 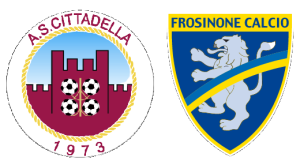 • In which places are Cittadella and Frosinone?

Cittadella and Frosinone are next to each other in the standings. Well, they are separated by three places but they have just 3 points between them. Cittadella are 10th with 38 points while Frosinone are 7th with 41 points in the promotion zone.

This game will be played at Cittadella's home ground – Stadio Pier Cesare Tombolato.