Cittadella host Perugia in another match from the 33rd round in Serie B on Wednesday.

Cittadella and Perugia are next to each other in the table and have the same ambition but their recent results have put them behind.

Cittadella and Perugia are two of the teams that have had the fewest goals since the start of the season. Perugia had 62 goals in their 32 fixtures and had only 9/32 games with over 2.5 goals. Cittadella had 66 goals in 32 games and had just 10 games with over 2.5 goals out of 32 as well. Four of the last five head-to-head games between these two teams also ended with less than 2.5 goals.

Both teams have not won a match in weeks and are generally in above-average form but we think that Perugia have a better chance here. They have been quite good on the road overall and lost a single outing in their last 10. Both sides have been making loads of draws lately and this season overall, so the draw is quite possible here. Nevertheless, we think that there will be a good result for Perugia in each case.

Cittadella have been moving up and down the upper half of the table throughout the entire season and it is clear that their ambitions are for the playoffs. This will not happen, however, if they continue with the winless performances and draws. Perugia are a difficult opponent as visitors and their form is slightly better too.

Perugia had higher hopes for this campaign as they started well and their squad is generally solid. They spent almost the entire season in the playoff zone but now fell below it and need as many points as they can get from the remaining rounds to even stand a chance against the teams in better form.

Top Betting Odds and Stats for Cittadella vs Perugia

FAQs regarding Cittadella vs Perugia 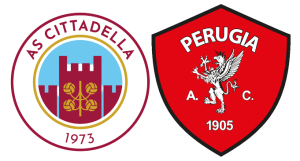 In which places are Cittadella and Perugia?

As mentioned at the start, these two teams are exactly next to each other in the table. Perugia are currently 9th with 47 points while Cittadella are 10th with 44 points. Both teams have a mathematical chance still but with six games left, they need to win all their remaining games or at least not lose any.