Cittadella takes on visiting Reggina in their next Serie B duel on coming Tuesday. The hosts couldn’t make an ideal result from the last three attempts while Reggina are also winless in the previous two outings.

Standing at the middle of the table, both teams have been unable to show consistency in their recent games. Cittadella has only two victories in the last six matches while the Amaranth got three in the same duration, getting two defeats. However, Reggina are winless in all of the last five meetings against Citta, losing three of them. The visitors have also lost three of the last five away games. So we can set our predictions for the visitors to find their winning track, back at the end of this game.

We have seen only one meeting between these teams out of the last five that featured a high-scoring total. The teams also didn’t make a huge change in their scoring totals as well. Cittadella has scored seven goals in the last five outings while Reggina hit the target only five times in the same span. So there is a high possibility to see the low-scoring trend followed in this duel.

Reggina’s attack is straggling in their previous games that didn’t score in three of the last five away outings. The Amaranth have also missed the chance three times in the previous five meetings against their upcoming rivals. but on the other hand, Citta hit the back of the net four times in the last five attempts and secured two clean sheets as well. The hosts have also the same record in the recent five H2Hs against Reggina. So we expect this meeting to end without giving a BTTS outcome.

Citta were able to get the lead against hosting Parma in their last game but couldn’t add three points by ending the game in a 1-1 draw. After 29 rounds of this season, Cittadella has secured the tenth position with 43 points. The manager Edoardo Gorini would be happy to have a fully healthy squad ahead of this game.

The Amaranth got a stressful result in their last game by leaking the only goal in the added time against Perugia. Currently, Reggina stands at eleventh place but the team needs momentum in their away challenges as they have won only one visiting game in the last eight outings. The club boss Roberto Stallone would also have six fitness concerns coming into this game.

Top Betting Odds and Stats for Cittadella vs Reggina

FAQs regarding Cittadella vs Reggina Coverage and Accessibility 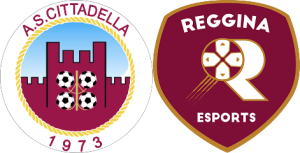 Who are the bookmakers' favourite to win? Cittadella.

Who won the last Head to Head fixture? Cittadella won with a 0-1 scoreline.