This is a preview of the Belgian Super Cup final between Club Brugge and Genk at the Jan Breydelstadion. Club Brugge come into the game as the defending champions of the domestic league, while Genk finished fourth in the standings last season.

Club Brugge had a difficult set of pre-season friendly matches with the team only having a 50% success ratio in the last four games. Genk did fare much better after staying unbeaten in all of their pre-season friendly games. The top tips for this match are:

Genk have been able to enjoy back-to-back wins over Club Brugge, whose last victory against this opponent was in January 2021. Despite coming into the game as the league champions, Club Brugge are in a difficult spot given their pre-season. Genk will be the confident of the two teams and they will also be quite the hungrier of the two for success. Genk, though, won the competition last season by beating KV Mechelen.

The games between Genk and Club Brugge are very competitive even going into the recent past. There has been just one clean sheet for any team in the last six meetings. The pre-season run enjoyed by both clubs do not suggest any change on this front.

This has always been a fixture that has produced a ton of goals for spectators. The last 10 meetings between the two clubs, an incredible eight matches have produced more than 2.5 goals. The defensive record shown by the two clubs during pre-season does not suggest an organised display from both teams.

A disappointing pre-season has raised doubts about Club Brugge’s ability to compete in different competitions at the highest level. Philippe Clement has not exactly dominated in games against John van den Brom with only two wins in five outings against the Dutchman. Club Brugge have made the high-profile signing of Noa Lang from Ajax for £5.4 million.

Genk have had a busy summer in terms of arrivals. Mats Möller Daehli has been the only significant departure from the club, while players like Mike Trésor Ndayishimiye and Mujaid Sadick have been signed to strengthen the team in different areas. The pre-season results have been slightly promising for the team, who finished in the fourth-place last season.

Top Betting Odds and Stats for Club Brugge vs Genk 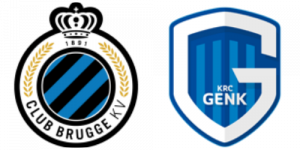 The game will take place at the Jan Breydelstadion.

Defending Belgian champions Club Brugge come into the game as the favourites.