Club Brugge and Kortrijk go up against each other at the Jan Breydelstadion. This preview will try to ascertain whether Club Brugge would be able to continue their good run against the visitors.

Club Brugge were held to a 1-1 stalemate by Anderlecht away from home. This was the third draw in the last four matches for the fourth-placed team. Kortrijk also picked up just a point from the recent match, as they were involved in a 2-2 draw with Sporting Charleroi.

This is a match between two teams who have been through a mediocre set of results over the last few weeks. Club Brugge have had Champions League commitments within the last five games, but that should not be an excuse to draw three out of the last five matches.

Club Brugge have scored under 2.5 goals in four out of the last five matches in all competitions. Apart from the home game against PSG, the Belgian outfit did not face too many tough opponents. The recent form in front of goal for the hosts and visitors is not so great. Kortrijk do not tend to excel in away games and they have averaged only around a goal per game in away matches so far.

Both outfits to score at least once

Club Brugge are just a point away from the top of the table, but the lack of consistent wins could be a problem for the team in the next few games. The challenges only increase for Club Brugge, who have to deal with a home game against Manchester City while also looking at commitments in the cup matches.

Kortrijk could drop out of the top eight by the end of this weekend. The return of one win in the last five matches does not bode well for the team. Kortrijk need to stop conceding goals if they are to win matches.

Top Betting Odds and Stats for Club Brugge vs Kortrijk 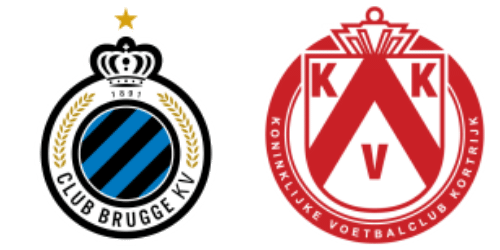 Jan Breydelstadion is the destination where this game will take place.

The team seen as a favourite to win the match would be Club Brugge.