Standard Liege are typically closer to Club Brugge in the standings but this season has been different. Brugge, of course, are in the title fight while Liege need more points to even get to the promotion zone for the Europa Conference League.

Club Brugge are pointed as the big favorite for this match although this derby is often unpredictable. We expect to see a lot of goals and action from both sides.

The odds for BTTS for this match are atypically high. We are used to seeing some of the lowest BTTS odds ever in the Jupiler League but this match is quite the opposite and it is because Standard Liege are underperforming. Yet, they score goals and Club Brugge concede goals too. We expect to see at least one successful strike from both sides as it has happened in a large percentage of their games. For example, both teams have had BTTS in their matches in 62% of the league games. In their last 5 league fixtures, that happened in 4/5 and 5/5 matches.

There are few leagues around the world that are more suitable for corner bets. Belgian football is predominantly attacking and most teams generally take a lot of corners. As one of the strongest teams in the league, this is a key part of Club Brugge's game and it is evident in their stats – they average 7.46 corners per match since the start of this season. On the other side, Standard Liege have 4.92 corners per match which is a lower figure but good enough for us. They will undoubtedly add a few corners for our bet.

Standard Liege have interesting matches – sometimes they hold until the final minutes and sometimes, they get destroyed in the first half. Club Brugge is a team that plays strong in the first halves of their games and often score at least once. We expect them to do so in Sunday's fixture and possibly win the first half. The odds for the Full Time Result are pointlessly low, so we pick this alternative. 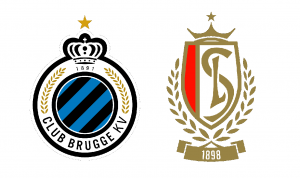 Sunday's hosts have listed just a single injured player for this fixture – Ruben Providence, who has not yet played a single match for the team.

Standard Liege have listed two missing players for this fixture. These are midfielder Selim Amallah, who scored 15 goals last season, and midfielder Daouda Peeters, who joined the team this season.

• When will the match be played?