This preview looks at the League Two meeting between Colchester and Sutton at the JobServe Community Stadium. The two teams have been battling mediocre form over the last few weeks.

Colchester had to end up with a 3-0 loss against Port Vale in the latest round of games. This was the first defeat for the team in three matches. Sutton lost back-to-back games after a 3-2 loss against Rochdale. This defeat comes just days after the loss to Swindon.

Colchester United are hoping to recover from a big defeat against Port Vale and home comforts would be the best solution for the same. Colchester are unbeaten in the last two matches at home and it would take a strong performance from Sutton to get anything out of the game. Sutton are unlikely to be in a good mood after losing the last two matches.

The incidence of high scoring match is quite high when these two teams are involved. This may not have been the case over the recent Colchester matches, as just one of the last five has produced more than 2.5 goals. However, Sutton’s defence has allowed the opposition to get a string of goals in recent weeks.

Draw at half time

Colchester are in great need of a couple of points that would give them a buffer over the bottom two places. The loss to Port Vale and the complete lack of fighting displayed in the match will be worrying trends for Colchester, who will be without Ryan Clampin and Alan Judge for this game.

Sutton are finding themselves in a spot of bother after losing back-to-back games. These results come after a string of wins that lifted the club close to the play-off places. Now, there are just three points separating Sutton from a push into the top seven. Matt Gray does not have any injury worries in the squad.

Top Betting Odds and Stats for Colchester vs Sutton

FAQs regarding Colchester vs Sutton Coverage 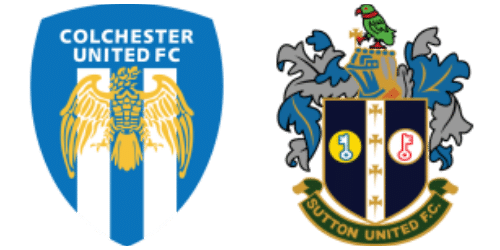 JobServe Community Stadium is the location for this game.

The team regarded as a favourite to win this game would be Colchester United.