Como face Cittadella in another match from the 34th round in Serie B on Saturday.

Como gave us another shocking game over the weekend when they lost to Parma with 4:3. The team has been good lately and they face a side that has been struggling for a while – Cittadella.

This is a difficult match because Como have been having games with a lot of goals and they generally concede in most of their matches but Cittadella are in a weird form. The visitors had a bunch of matches with 0:0 but at the same time, this is an incredibly important fixture for them and we expect to see more effort from them. Como's defense is one of the weaker ones in the league, so we think that Cittadella will manage.

Both sides have had a bunch of draws this season. Como had 14, which is the second-most in the league while Cittadella also had 12 draws this year. Six out of the last 10 games of Como at home had such a result and given that Cittadella are not in form but definitely know how not to lose, we think that it is a possible result again. The visitors had 5 draws in their last 10 outings and the first match between these two teams this year ended in 2:2 too.

Como scored some serious transfers from big teams in January and this immediately showed in their performances. The team improved a lot and lost only three games in their last 10. They have real chances to reach the play-offs even now but they need to win all of their matches until the end of the campaign. Their main problem this season have been the draws and if they had won more games, they would have been a real contender.

Cittadella are one of the teams that have had the fewest goals in the league this season. They seriously struggle on the front and are one of the lowest-scoring teams in the league. It is true that their defense has also been above-average but their lack of goals means they had a lot of unwanted draws. The team has the same chance to reach the playoffs but with their recent disappointing form, we do not see how it will happen.

Top Betting Odds and Stats for Como vs Cittadella

FAQs regarding Como vs Cittadella 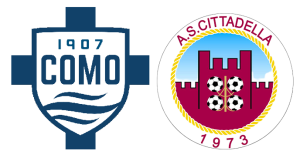 In which places are Como and Cittadella?

These two teams are sitting next to each other right now, so this match will be key for their position. Como are 12th right now with 44 points while Cittadella are 11th with 45 points.

This match has been scheduled for Como's home ground – Stadio Giuseppe Sinigaglia.