Cosenza Calcio host table leaders Lecce for their next Serie B engagement this Tuesday. The Red-Blues lost their last game while the visitors also have two winless games ahead of this game.

After having a terrible streak of seven winless games, Cosenza were victorious in their last home game. But the hosts are again back to their poor form, getting two consecutive away defeats. On the other hand, Lecce are unbeaten in the last four league outings winning two of them. In the teams’ H2Hs, the Wolves registered their lead in six of the last seven meetings. Given all, we consider the upcoming trip an easy challenge for visitors and expect victory for them.

Cosenza lacked in the last two games but the team has collected a total of six goals in the previous five games. The Salentians also hit the back of the net seven times in the previous five attempts. However, most of the recent H2H games of these teams have produced high-scoring outcomes. The Red-Blues also scored twice in the previous home game. So we predict the game to follow the trend and give a total of at least three goals.

Cosenza had a poor record of attacking line in their previous home games but the hosts now enter the field after scoring in consecutive two home games. While on the other side, Lecce’s front men have been incredible this season, scoring in nearly all games of this season. Furthermore, all of the recent H2Hs of these meetings witnessed both teams on the scoring side and we expect the same for this game.

The Red-Blues come into this game after getting a 2-0 defeat in their last game against Ternana. A long run of defeats and only five victories out of 29 games have sent the team to the relegation battle, standing at the seventeenth position. The club manager Pierpaolo will report zero fitness concerns before this game.

The Wolves dropped two points again in their last meeting against Brescia. But 14 victories and 12 draws of the current campaign made the team stand at the top of the table. The team also has lost the least number of games, 3 this season. The Lecce manager Marco Baroni will not have fitness issues but two players will miss out on the coming game due to suspensions.

Top Betting Odds and Stats for Cosenza vs Lecce

FAQs regarding Cosenza vs Lecce Coverage and Accessibility 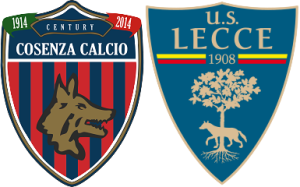 Where is the game being played? Stadio San Vito (Cosenza).

Who is the bookmakers' favourite to win? Lecce.