Pordenone goes up against hosting Cosenza for the next fixture of Serie B on Monday, 25 April. Both teams dropped three points in their respective last games.

Cosenza has won two games in the last five home attempts and ended one in a draw. On the other hand, Pordenone conceded two consecutive defeats before this game. Moreover, the Green Lizards are getting worse with every away outing and hold the streak of seven straight away defeats. In the H2H, Cosenza registered only one victory in the last five meetings, losing two, but following the current numbers, Pordenone are not likely to have any improvement in the away duel. Cosenza will be our favourites to secure the points thanks to their home advantage.

Cosenza and  Pordenone come into this game after the poor form of attacking lines and scored five and four respectively in the recent five games. The Wolves have yielded six goals in the previous five home attempts. However, the Black and Greens rattled the net only once in the last five visits. So there don’t seem chances to witness this meeting cross the total of 2.5 goals. All of the three H2Hs ended with low totals as well.

The Red-Blues missed the target in the second last home attempt but found the back of the net in five of the previous six attempts at home. Nevertheless, Pordenone’s attack appeared effortless in the recent away outings that failed to score in four of the last five visits. Adding more, Cosenza will also be confident over the clean sheet of the last home game. Hence we see only the Wolves, being able to get on the scoreboard at the end.

The Wolves had a home win recently but returned to the away winless streak in the last game where they lost 3-1 to Cremonese. Cosenza has confirmed only six wins in the 35 attempts of the season and finds themselves at seventeenth on the table. The club boss Pierpaolo Bisoli will have zero fitness concerns in the team before this game.

The Green Lizards have managed the least number of only three wins, losing 24 out of 35 league outings and are thrown to the last of the table. Pordenone were thrashed at home by Benevento with a 1-4 defeat. Owing to a completely healthy squad, the club manager Bruno Tedino will have all of its players available for the selection.

Top Betting Odds and Stats for Cosenza vs Pordenone

FAQs regarding Cosenza vs Pordenone Coverage and Accessibility 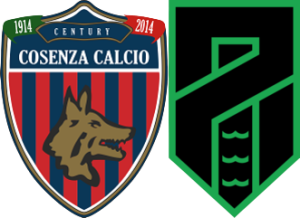 Where is the game being played? Stadio San Vito (Cosenza).