Cremonese and Parma both won their games on Saturday and will be looking towards another positive result in their upcoming head-to-head game on Tuesday.

Cremonese have a real chance to take over the top of the league with one more win. This upcoming game is crucial because they are tied at the top with two more teams that are in good form. Parma, on the other hand, could reduce the difference to the promotion zone to 3 points if they win here.

This is seriously rare case where we would bet for an over 2.5 rather than the under option. We think that both teams will be extra motivated and their recent good form will continue in this fixture. Parma scored the incredible 4 goals on Saturday and although such a result is an absolute rarity, we think that they will score at least once again on Tuesday. Cremonese have been having a lot of over 2.5 games lately, which is also rare for any team in this league. Parma had over 2.5 in 7 out of their 11 away games this season and the previous head-to-head game in September actually also ended in an over – a 1:2 win for Cremonese.

This will be a difficult game to predict any day but there is no way to miss the chance for the good odds for the home win here. Cremonese are in a brilliant form – they won 7 out of their last 10 games, which is by far the best form in the league over the past couple of months. It is also a fact that Parma are in fairly good shape and the constant draws they make are a certain setback. There is always the potential for a draw in Seria B but we think that Cremonese will be extra motivated in this fixture because of the high stakes.

Cremonese are the tied highest-scoring team in the league along with Lecce at the top. They scored 35 goals in 22 games to date, which might not seem like a lot when we compare it to most other leagues but it is quite impressive for Seria B. The bigger percentage of their goals also came in home games – they scored 19 in just 11 cases. Parma have one of the weakest defenses in the league, especially in home games, and they conceded 15 goals in 11 outings. It is true that they also had some 0:0 draws and other matches without goals but we think that Cremonese's form will help them score at least twice here.

Top Betting Odds and Stats for Cremonese vs Parma

FAQs regarding Cremonese vs Parma 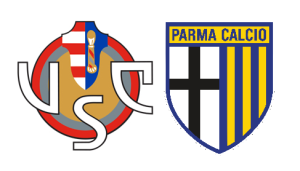 • In which places are Cremonese and Parma?

There is no doubt that Parma's fans were hoping for a much better season but there is still a chance that the team might reach the promotion zone. They are 11th currently with 28 points. On the other side, Cremonese are one of the three best teams in the league and are fighting for the league title. The team is second currently with 41 points, the same as Lecce and Pisa.

This match will be played at Cremonese's home ground – Stadio Giovanni Zini, which has a capacity for 20,641 spectators.