Cremonese have to win against Pordenone in order to keep their chances for a direct promotion at the end of the campaign.

Pordenone are certainly getting relegated and definitely have nothing to play for at this point. This 12-point difference to the first in the relegation zone is too big even with 9 games left.

Both Cremonese and Pordenone have had predominantly games with less than 2.5 goals this season and lately. However, these two teams have an impressive rivalry and the matches between them in recent years have been outstanding. Four of the last five games between these two teams ended with more than 2.5 goals. Moreover, the previous game between them this season, even with Pordenone's terrible form, ended in a 2:2 draw. We expect that Cremonese will be motivated after that terrible loss to Pisa and will score more than usual. At the same time, Cremonese have conceded at least one goal in four consecutive games, so we generally expect to see a goal from Pordenone too.

Cremonese have been one of the most dominant home teams in the league – their attack is incredible and their defense does not concede a lot of goals. We think that they will try to win this match from the early minutes with fast goals. We should mention that Cremonese have scored 24 goals in 14 home games this season, so you can consider the Over 1.5 goals for the hosts as an alternative bet. On the other hand, Pordenone conceded the first goal in six out of their last seven games in the league, so we generally expect Cremonese to score in the first half and to win it.

Overall, these two teams have above-average corner stats this season and we expect to see a regular game with a good number of corners. Both teams have taken an average of 5.00 corners in their most recent five games but we expect the focus to be on Cremonese here and they should be able to take at least 6-7 alone. We should note that four of the last five games between these two teams had less than 11 corners, so you can consider this option as well.

Top Betting Odds and Stats for Cremonese vs Pordenone

FAQs regarding Cremonese vs Pordenone 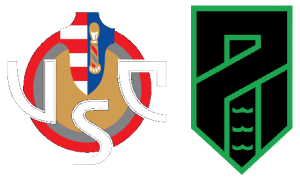 In which places are Cremonese and Pordenone?

As explained, Pordenone face relegation and there is almost no chance at this point – the team is last with 13 points after 29 games. On the other side, however, Cremonese are now in Top 3 and take the 3rd place with 53 points. A win here and some luck could send them to the top.

This match will be played at Cremonese's home ground – Stadio Giovanni Zini.