Crotone face Alessandria in an important fixture from the bottom of the table. Both teams are in desperate need of points, so this match might prove to be the most interesting one out of the entire round.

Crotone and Alessandria have been having incredible games lately although most of them were lost by both teams respectively. We will see what will happen when they face each other.

The first game between Alessandria and Crotone ended in a 1:0 win for Sunday's visitors. We expect to see a draw in this upcoming fixture. Both teams have long-lasting winless streaks but we do not expect to see either side win. Crotone have not won a match in nine consecutive games while Alessandria have not won in eight. There is not much else in support of this decision besides the overall performances of both teams – both sides have lost most of their games this season and are sitting in the relegation zone.

We expect to see a great number of corners in this fixture. Despite their bad results, these two teams have taken a considerable number of corners this season – almost identical stats. Crotone took an average of 5.78 corners per game this season and 6.31 in home games while Alessandria took 5.74 per game and 4.08 in away games. We should also note that Alessandria have been even more impressive with their corners in recent weeks. For instance, the team took an average of 7.00 corners in its last five games. You can also opt for the Team Corners market and bet on both teams – we expect to see action on both ends.

Top Betting Odds and Stats for Crotone vs Alessandria

FAQs regarding Crotone vs Alessandria 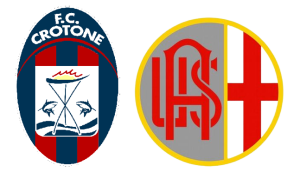 • In which places are Crotone and Alessandria?

Crotone's chances for survival almost do not exist at this stage of the competition. The team is 19th with 15 points after 27 games. Alessandria are slightly higher in the table at 16th place with 24 points.