Friday brings us one game from the Scottish Championship as Dunfermline take on Partick Thistle. It’s a match that sees two teams from differing ends of the table lock horns. Partick who head into the match in 5th spot sit just one point off the top 4 and will see this as a vital opportunity to pick up three vital points. Dunfermline occupy the final relegation playoff spot and are three points from safety. They will be looking for three crucial points to help bridge the gap between them and the teams who are safe.

Both of these teams head into this match as two of the form sides in the league. Partick have taken nine points from the last possible fifteen whilst Dunfermline have taken eight points in the same period. Both teams will want to make amends following defeats last time out and neither side can ill afford to lose any further ground on the teams around them. Dunfermline who have struggled for the majority of the season have a modest home record whilst Partick away from home are unbeaten in their last seven matches. At a pretty decent of price of 17/10 it might be worth backing the away side to build on their recent good form and make it eight unbeaten away from home.

The over 2.5 goals market is a tough one to predict as this match see’s Partick who have one of the best defensive records in the league come up against one of the leagues lowest scoring teams in Dunfermline. Three of the last five matches between the teams have seen the under 2.5 goals and we think that could be the angle to play here. Dunfermline have only seen the over 2.5 goal barrier surpassed in one of their last five league which is a feat Partick can match. With both teams playing well defensively the under 2.5 goal market looks the bet to place.

With both teams playing well defensively of late, it could be that this is a match that takes a while to burst into life. For the match to be a draw at halftime currently returns even money and that could be the way to play in a match that might be cagey. It’s also worth noting that the weather on Scotland this Friday doesn’t look too clever and that could make the game a scrappy affair which again could make the draw at half time a decent bet.

The Best Match Odds for Dunfermline vs Partick 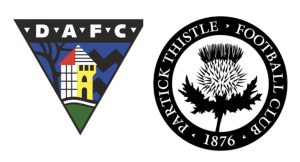 This game will be played at the home of Dunfermline at East End Park.

The teams have a competitive head to head. Partick have won two of the last five, whilst their has been three draws.

What is the kick-off time for Dunfermline vs Partick?