Fortuna Dusseldorf face Ingolstadt in one of the three fixtures on Sunday. This is matchup from the bottom of the table but that doesn't mean that it will not surprise us.

Dusseldorf and Ingolstadt both saw some improvement in recent weeks and it will be interesting to see how they perform against each other. Both teams are in desperate needs of points and this match is one of their most important ones to date.

The results of both teams and their overall performances this season are conflicting and it has become difficult to predict the outcomes of these particular sides. Yet, we think that we will see a surprisingly goalless game although both sides had quite the opposite results in recent weeks. We actually do not expect to see goals from the visitors, for example. Dusseldorf showed some serious improvement in defense and with the last match against Regensburg, another one of the weakest sides, we saw that they do not concede easily against weak attacks. We expect to see a 1:0 or 2:0 win for Dusseldorf here.

As mentioned above, both teams saw some improvement and have not been losing too many games lately. Ingolstadt even won with 0:5 against Nurnberg but we believe that was a one-time thing because Nurnberg have since been dominating against everyone again. Dusseldorf have been quite more impressive and especially at home. They have generally been the better team in h2h matches too in recent years, so we expect to see them score an easy win here and get further away from the relegation zone.

We already explained that we expect Dusseldorf to dominate in this game and we also expect to see them take more corners than their opponents. You can opt for the traditional corners market but there is more than enough reasons to bet on Fortuna alone. They are one of the teams that have taken the most corners since the start of the season – 6.08 per game on average. More importantly, the team has taken an average of 7.08 corners in home games alone, so you can see that 5.5 is not a high line.

Top Betting Odds and Stats for Dusseldorf vs Ingolstadt

FAQs regarding Dusseldorf vs Ingolstadt 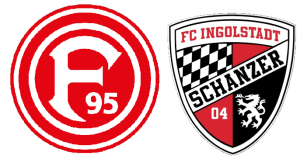 • In which places are Fortuna Dusseldorf and Ingolstadt?

Both teams have spent the entire season near the relegation zone but Ingolstadt have almost no chance to survive at this point. They are last with just 15 points. Dusseldorf, in turn, are now 13th with 27 points.

This match will be played at Fortuna Dusseldorf's home ground – Merkur Spiel-Arena.