This preview looks at the Segunda Division game between Eibar and Almeria at the Estadio Municipal de Ipurúa. This early kick-off just after the international break sees Eibar and Almeria facing up against each other for the first time since 2015.

Eibar were held to a 3-3 thriller against Mirandes in an away match last weekend. This was the second draw in the last three games for Eibar. Almeria were also involved in a draw, but this was a much more sedate 1-1 game with Las Palmas.

Eibar and Almeria have had reasons to be worried about their recent form. This is especially true about the home team, who have drawn two out of the last three in the league. Almeria might have picked up back-to-back away wins, but these results came against strugglers Girona and Alcorcon. The recent form of Eibar and Almeria has been shaky and both do not want to lose this game.

Both outfits to score at least once

Eibar might be closer to the top of the table but they are certainly not great defensively. A whopping 10 goals conceded in the last six matches is a sign that there are defensive issues in the team. Meanwhile, Almeria are quite a solid team but they do not get a lot of goals.

Eibar are stepping closer towards the top few places in the league table. The team has picked up three wins in the last five matches, but they are unbeaten in seven games. Eibar are now just four points away from the top and losing a game against their table rivals will be quite disastrous.

Almeria might have picked up three wins in the last four matches but they have not been able to pull away at the top of the table. A one-point advantage over Sporting Gijon does not provide a great deal of buffer.

Top Betting Odds and Stats for Eibar vs Almeria

FAQs regarding Eibar vs Almeria Accessibility 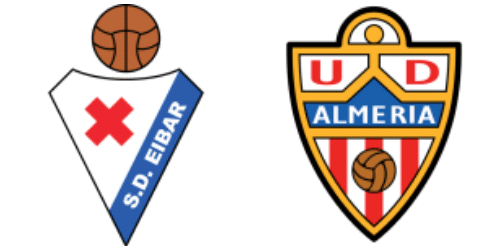 Estadio Municipal de Ipurúa is the destination where this game will take place.

The team seen as a favourite to win the match Eibar.