El Gaish will face Misr Lel Makkasa in another match from the Egyptian Premier League on Saturday.

Misr Lel Makkasa are likely to get relegated and have nothing to play for even this early in the season. This is a great opportunity for El Gaish for three easy points.

We do not expect to see anything from the visitors in this match. We generally do not expect anything from them in any match but they sometimes manage to score a goal. Their current form is as bad as ever and they scored a single goal in their last five league games. Gaish are not much better at the moment and while they do score more goals, we do not have huge expectations for them either – just enough to win the match.

The visitors from Misr Lel Makkasa have two wins in 25 rounds to date. This is a truly terrible performance and while they had a bunch of draws throughout the season, they rarely win points on the road. In 12 games on the road, they lost nine times. Their goal difference is also 7:21 away. El Gaish are one of the best teams at home this season and lost only 2 games in their first 13 fixtures. We expect them to win this with ease.

El Gaish are the typical average team in Egypt that never really has a chance for the top positions. They normally sit around the middle of the table and this new season has even been better than usual. They have some conflicting stats – they have a great defense as mentioned above but their attack is also the third-weakest in the league.

Misr Lel Makkasa are the current weakest team in the league. They got promoted to the elite at the start of the campaign and have generally been levels below even the weakest sides in the league. The team is undoubtedly getting relegated as there is no hope for a massive improvement. Their goal difference after 25 rounds is 11:34. 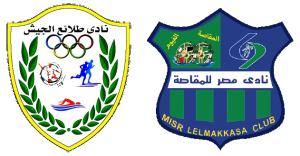 Obviously, Misr Lel Makkasa are in the bottom of the table. The team is 18th with just 14 points. El Gaish are currently 7th with 37 points.

This fixture has been scheduled for El Gaish's home ground – the Gehaz El Reyada El Askari Stadium in Cairo.