While the domestic championships around the world are at their peak, we have an unexpected friendly international game between El Salvador and Ecuador. The teams have never played an official game but just friendlies, and we have enough data to know which side will prevail.

Both teams have been playing quite a few matches lately due to the World Cup Qualification cycle. Unfortunately, El Salvador have no chances to participate which was absolutely expected while Ecuador were quite impressive and will surely participate in next year's WC.

We base our bet on the general abilities of both sides. Obviously, Ecuador will not be playing with their strongest squad – most of their players play in Europe and will not join the team for a single international friendly game. Nevertheless, Ecuador's second team is levels above El Salvador's main line up. There is no doubt that the visitors will take this match. We have about five head-to-head games from the last 15 years, all friendlies, that all ended with over 4 goals in the matches.

El Salvador lost most matches from the World Cup Qualifications – games against countries like Panama, Guatemala, and some better sides like Mexico, Costa Rica, Canada, etc. Ecuador, on the other hand, played against much stronger countries and currently are 3rd after Brazil and Argentina. The national team needs just a few more points to secure their own place in the WC.

What's important is their overall performance – they won a lot of matches and scored more than 2 goals to several opponents, far superior to El Salvador. We also can take a look at all the friendly H2H games – as mentioned Ecuador have won all and the difference in level has not changed – Ecuador have always netted more than 3 goals to El Salvador.

Our third and final choice is the BTTS option and we do not expect El Salvador to score in this game. Of course, we mentioned that Ecuador will not be with their best squad but that does not change the fact that El Salvador are levels below their opponents. They have also not scored in 4 consecutive friendly games against much weaker sides and Ecuador are also not a team that concedes goals very often. This should be a one-sided affair without big surprises.

Top Betting Odds and Stats for El Salvador vs Ecuador

FAQs regarding El Salvador vs Ecuador 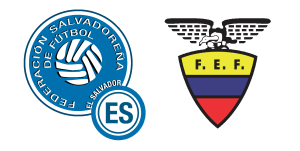 This international friendly game has been scheduled for 2:00 AM UTC on Sunday, December 5.

This fixture will take place in an interesting location. It will be played in Houston, Texas, at the multi-purpose stadium called PNC Stadium. It has a capacity for 22,039 spectators.

• What is the point of this friendly international game?

This fixture is of zero significance for either side here – the sole purpose is for the players to play together and for the coaches to see which players are in good shape for the upcoming remaining World Cup Qualifiers.