This game is between a top dog and an underdog. Portsmouth, a reasonably performing team in the England League One will hash it out against League Two side Exeter. For a game like this, it is almost a no-brainer. We are expecting to see Portsmouth win this convincingly without any hassle. Read our expert predictions and find the latest odds for the fixture in our match preview.

Portsmouth are expected to keep up with their winning ways as they go against such a weaker competitor like Exeter.

Portsmouth have been in great form in recent times. In their last five games they have won three games, lost one and sealed a draw for one. However, we can't say the same about Exeter. In the last five games played so far by Exeter, they have lost four games back-to-back and won just one. Looking at Portsmouth top form currently and Exeter's abysmal form, it is very clear that the away team is more likely to win.

Asides from winning games, Portsmouth have proven so far that they have no issues banging in goals. For most games that they have played in recent times, they have scored at least two goals in each. Looking at the fact that Exeter are no match for Portsmouth, there is a good chance Portsmouth will bang in more goals. It makes it rational to back Portsmouth to score over 1.5 goals.

Portsmouth is a team that we have already established has no issues with scoring goals. On the other hand, Exeter, while they battle to win, they always tend to reply with goals. This explains four out of their last five games ended in both teams scoring, even though they lost games.

Top Betting Odds and Stats for Exeter vs Portsmouth

Portsmouth are without an iota of doubt the favourites to win here. Exeter haven't been in top form for a long while and it is obvious they are no match for Portsmouth. Regardless, Exeter have proven to always score goals though highly likely to lose a game. Hence, backing both teams to grab a goal seems a likely option for this one.

FAQs ahead of Exeter vs Portsmouth 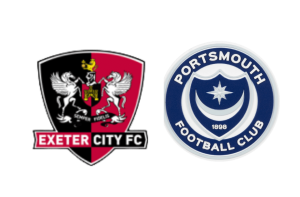 We recommend using SBK for Exeter vs Portsmouth

Portsmouth are the favorites to win.