Fehervar and Qabala go up against each other in the first competitive match of the season. The MOL Arena Sosto will be the destination for this Conference League qualifier in the second round.

Fehervar had a delightful pre-season with the team registering some important results including the 1-0 victory over Galatasaray a few days ago. Qabala had a disappointing pre-season result with the team losing 2-1 at the hands of Gaziantep.

Fehervar have had a very successful pre-season with the team managing some excellent results. Even though there is a lot of nervousness within the squad ahead of the first European game of the season, it is also undeniable that Fehervar will have a significant advantage in the quality department. They are likely to get a comfortable victory at half-time and full-time.

The goals from Fehervar have not been able to set the world alight on fire. However, they have been doing enough to pick up victories in the matches. In the home match, Fehervar are likely to be very cautious about not suffering a defeat. Furthermore, Qabala are also likely to sit back throughout the match. This should result in a tight game.

Qabala are shy on goals and they will come up against a resilient Fehervar team that has been able to register a string of clean sheets even against teams like Galatasaray.

Fehervar head into the game with a lot of expectations from this home tie. The club have also spent a decent amount of money on players like Nikola Serafimov, who has arrived from Hungarian outfit Zalaegerszeg. There are no injury problems for the team coming into the game.

Qabala bring in a very young team to the MOL Arena in the hope of getting a decisive first leg advantage. This may not necessarily be in the form of a victory. Yaovi Akakpo is the only player unavailable for coach Elmar Bakhshiyev, as he is ruled out because of a crucial ligament injury. It has been a relatively busy summer for the team, who brought in Felipe Santos as the big signing of the summer.

Recent Form, Betting Odds and Stats for Fehervar vs Qabala

FAQs on Fehervar vs Qabala match 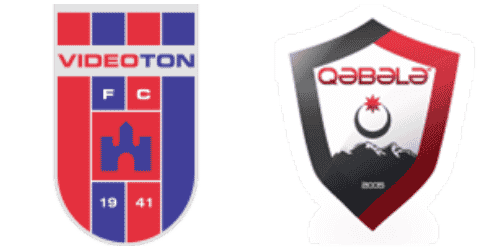 MOL Arena Sosto will be the destination for this UEFA Conference League match.

Fehervar are the big favourites to win the game.