The odds are accurate confirmed at the time of writing and subject to change. Check carefully before finalising your wager with Netbet and SBK, our recommended bookmaker.

FH earned a 6-1 win in their midweek Icelandic Cup outing last Sunday. They will be looking to repeat their cup heroics as in-form Stjarnan visits them at the Kaplakriki.

FH's 6-1 victory over IR Reykjavik showed they could offer but in the league, they remain winless in four outings. This poor run of form is likely to stretch as second-placed Stjarnan visits them. The visitors are unbeaten in five league outings, winning thrice and drawing the other two. While they have lost two of their last three duels with FH, based on current form they should have enough to claim the three points on offer.

Five of the six competitive outings involving Hafnarfjordur have concluded with Over 2.5 Goals. The tally for Stjarnan in this period stands at two. However, their most three recent encounters with FH all finished with at least three goals on the night and we expect this trend to continue, especially host's the host's poor defensive showings.

Three of the last five duels between these sides have seen goals at both ends of the pitch. FH will look to extend this run as their last six outings have seen this come to fruition. Stjarnan like to close up shop and have only conceded thrice in their last five league outings. Following FH's six-goal showing against IR, we expect them to make their rivals pay and get on the scoreboard along with their rivals.

For a team that finished second in the 2020 edition, FH has slipped down a lot in the Icelandic top-flight football. With just two wins this season, they have left too much to do if they are to salvage their season. While a title assault is out of the question, the Icelandic Cup remains their only option for silverware success.

Despite their second place in the Úrvalsdeild, Ágúst Gylfason will not be pleased with their performances. While they are the best amongst the rest, the difference between themselves and current league leaders is astounding. They trail Breidablik by 11 points but can reduce it down with a game in hand.

Top Betting Odds and Stats for FH vs Stjarnan

FAQs regarding FH vs Stjarnan Coverage and Accessibility 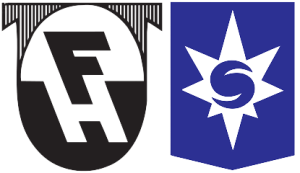 Who won the last Head to Head fixture? FH won with a 1-3 scoreline.