In this betting preview, we look at the international friendly fixture between Finland and Estonia at the Olympiastadion, Helsinki on June 04.

This match is a replay of the first match the Estonian national football team ever played. Estonia has since established itself as the number 116 ranked FIFA team, while Finland enjoys a much loftier position at number 54. The gulf between both sides is huge but Estonia did manage to spring a surprise result the last time both sides met, taking home the bragging rights in a 1-2 victory. That victory followed a dismal record of 20 matches without a win. With four wins and two draws in their last ten competitive outings, Finland should be able to take revenge as both sides meet in Helsinki.

Finland have seen the Over 2.5 prediction come true in three of their last five fixtures. In the same period, Estonia have been involved in three low scoring fixtures with only one goal in each of these outings. Barring their impressive 1-0 defeat to Sweden, they have been hammered by teams above them, conceding four against Belarus and six against the Czech Republic. The gulf in quality should ring true in this fixture, with goals aplenty expected.

Finland have struggled in recent outings as they came across tougher rivals. However, they have only been shut out once in their last eleven matches. On the other hand, barring Estonia's 0-1 win over fellow European minnows Lithuania, the visitors have struggled in international meetings. Despite this, they have punched above their waist and scored four goals against Belarus and the Czech Republic in successive fixtures. With Finland struggling and the last H2H match going in Estonia's favour with a 1-2 scoreline, the scoreboard should tick on either side.

The Eagle Owls suffered a 2-0 defeat to Sweden in their first friendly of the international break. Markku Kanerva will look to right the wrong as Finland take on the challenge of minnows Estonia. The hosts have a double onus on them after losing to their rivals in their last meeting. The Finnish fans will have their eyes on Jasin-Amin Assehnoun, who is impressing in Lahti colours this season. The 22-year-old has four goals and two assists to his name this season from seven competitive outings.

The Blueshirts finally managed to end their twenty-match winless run with a 0-1 win over Lichtenstein in the Baltic Cup. They take on the challenge of Finland in their next international engagement, the last team they beat before their forgettable run. Thomas Häberli is fortunate enough to have the pick of his roster at his disposal, especially captain Konstantin Vassiljev. Like a fine wine, Vassiljev continues to impress with Flora in the domestic competition despite turning 36 last August.

Top Betting Odds and Stats for Finland vs Estonia

FAQs regarding Finland vs Estonia Coverage and Accessibility 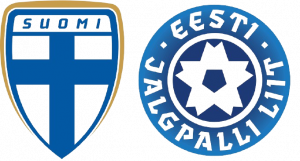 The match will take place at Olympiastadion, Helsinki.

Match! Futbol and TV2 Sport Premium are the places to watch live broadcast on television. One can also watch the game from the numerous live streams available from bookmakers.