This preview is about the final home match of the season for Fiorentina as they entertain a Napoli team which is still a favourite to finish in the Champions League spots.

This match witnesses Fiorentina and Napoli coming together with an unbeaten form over the last five games. Yet, it is the visitors who have the greater need for a win from this match. The top predictions for this game would be:

Napoli win at half-time and full-time

Gennaro Gattuso has watched his team dominate recent matches. They have been able to win both halves in five out of their last seven league matches. Fiorentina might be unbeaten in five league matches, but there is little in the form of motivation for the hosts. This was quite apparent in the recent draw with Cagliari. Napoli, meanwhile, will be pushing for a win that keeps them in the top four.

Fiorentina were unable to score for the first time since the loss against Udinese towards the end of February. Since then, the team has been pushing hard to avoid relegation. After having achieved safety, the levels did drop off in the recent game against Cagliari but Napoli’s push for a victory could leave gaps that can be exploited by the home team. Napoli, meanwhile, are fully expected to score as one of the strongest teams in the division.

Victor Osimhen has been coming up with some solid performances over the last few weeks. He failed to score against Udinese and was taken off after 70 minutes. However, this was his first blank in five matches for Gattuso’s team. Osimhen has been a solid presence for Napoli upfront with his pace, power, and strength.

A sharp improvement in form towards the middle of April was sufficient to help Fiorentina pick up the points required for staying in the division. Now, the La Viola will be keen on enjoying the last two games of the campaign. This will be the final home game of the season and Giuseppe Iachini will want to sign off the season in style. Borja Valero is the only injury problem for Fiorentina.

Napoli only have to win the remaining two games to be sure of finishing in the top four ahead of Juventus, who have an inferior goal difference compared to Gattuso’s men. Depending on other results, Napoli could even jump to 2nd place by the end of this weekend. Despite being under tremendous pressure, Napoli have actually played well in recent matches and their only disappointment in the last five games would be the draw with Cagliari. Faouzi Ghoulam, Kalidou Koulibaly, Nikola Maksimovic, and Stanislav Lobotka are unavailable for Gattuso.

Top Betting Odds and Stats for Fiorentina vs Napoli

FAQs regarding Fiorentina vs Napoli Coverage and Accessibility 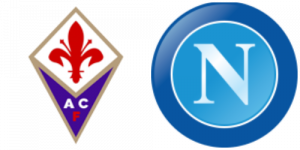 The Stadio Artemio Frankie in Italy will be hosting this game.

Napoli are the favourites to get three points from this match and they are at odds of 8/15.