The last game of the 31st round in Serie B will also be one of the most important ones – Frosinone will host Benevento in a match for the higher play-off positions.

Benevento are the team at the best current form while Frosinone have also been above-average throughout the entire season. This game is crucial for both teams as this season will soon come to an end.

Frosinone have simply been extraordinary at home over the past few months and we think that this might be the game where Benevento will finally lose. Overall, Frosinone lost only a single game at home in their last ten games. They had three draws and six wins. They also destroyed Benevento in the previous head-to-head this season with 1:4.

Frosinone's home performances have truly been outstanding and besides the wins, they have also been taking a great number of corners per game. See for yourself – over the last five home games, Frosinone have taken an average of 7.00 corners per game. We expect that the line of 5.5 will be covered without issues in this game.

Frosinone have been in the group of teams that fight for promotion since the opening rounds of the season. Lately, they have had some struggles but these struggles have only been on the road. At home, they continue to dominate each opponent and Benevento might be the next victim.

Benevento have been the best team over the last few weeks but they remain a few points below the leaders. They have not lost in six consecutive games and will be a serious challenger for Frosinone's abilities. Overall, Benevento are one of the highest-scoring teams and at the same time, the team with the strongest defense.

Top Betting Odds and Stats for Frosinone vs Benevento

FAQs regarding Frosinone vs Benevento 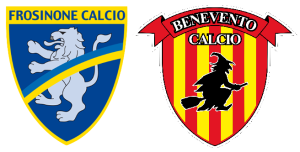 In which places are Frosinone and Benevento?

Benevento and Frosinone are almost next to each other in the table – they are separated by 3 points. Frosinone are 8th with 48 points while Benevento are 6th with 51 points.