Sundays Turkish SuperLig action is headlined by a clash between two Turkish giants as Galatasary welcome Fenerbahce. Both teams will be disappointed with where they find themselves in the table currently with the two teams sat in 4th and 7th. A win for both is a must if they are to maintain the pressure on Trabzonspor who currently lead the way by seven points.

Defence has been the Achilles heel of both of these teams as they have seen both teams score in four of their last five encounters. Fenerbahce have only kept one clean sheet in their last six away matches, with Galatasaray only keeping two clean sheets in their last seven at home. It could be a tight game but one where we are backing both teams to score.

When  these sides meet the games are often tight with three of the last five matches ending 0-0. However sprinkled between these draws have been two games that have finished with the 2.5 goal barrier being surpassed. We are taking a slight risk by taking on the over 2.5 goal market but this is down to Fenerbahce having seen the over 2.5 goal market being exceeded in their last seven matches. We are hoping there will be an 8th time and will be playing the over 2.5 market.

The Best Match Odds for Galatasaray vs Fenerbahce 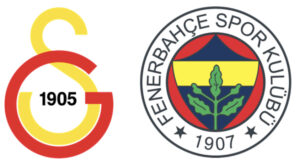 The match will be played at the home of Galatasaray, at the Nef Stadium.

It’s really competitive with Galatasaray winning two of the last five matches, with the other three matches all being draws.

What is the kick-off time for Galatasaray vs Fenerbahce