This preview looks ahead to the meeting between Genoa and Fiorentina in the Italian Serie A this weekend.

Fiorentina and Genoa are separated by just two points in the league table and these are some of the top predictions for this game:

This match sees two scoring teams in a good patch of form. Fiorentina have experienced a high-scoring encounter in three out of their last four games. Irrespective of being on the road, Giuseppe Iachini’s men have been able to find the back of the net with great consistency. Genoa are quite good when it comes to scoring at home with a 12 game scoring streak at the Stadio Luigi Ferraris.

Fiorentina and Genoa are evenly matched in many ways. The former, though, has been scoring goals for fun with players like Frank Ribery and Duan Vlahović joining the party. Fiorentina have 10 goals in the last four games, while Genoa have found the back of the net in the last 12 league outings at the Stadio Luigi Ferraris.

A comeback victory over Parma helped Genoa put an end to a six-game winless run. It has also temporarily provided relief to the thought of relegation from the Italian Serie A. Genoa cannot afford to rest with the team only nine points above the bottom three. Davide Ballardini has taken over a team that has scored a decent number of goals. Genoa are not too far behind a top-10 spot, but the club’s defensive record needs to improve a lot. Luca Pellegrini is the only injury worry for Genoa.

The defense continues to be a worry for Fiorentina, who cannot afford to think about the next season right now with the threat of relegation still present. The offense will provide confidence to Fiorentina’s coach Iachini about being able to avoid the drop. A run of two wins in the last nine league encounters, though, does not make for a solid reading. Alexander Kokorin is the player unavailable due to a muscle injury.

Top Betting Odds and Numbers for Genoa vs Fiorentina

FAQs about Genoa vs Fiorentina match 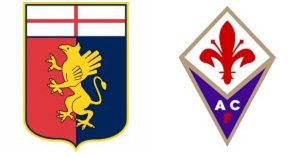 The Stadio Luigi Ferraris will be the location for this Genoa vs Fiorentina match.

Fiorentina come into the game as the favourites with bookmakers offering odds of 7/5 for an away win.