Let's go over the Gent vs Rakow Czestochowa betting tips and predictions for their upcoming match on Thursday. If you want to check out more Conference League Qualifier odds, you can head to our website and view the latest articles.

These predictions are our top choices for the upcoming match between Gent and Rakow Czestochowa, which will determine which of the teams will qualify for the Europa Conference League.

These odds were provided by William Hill, our recommended bookmaker for the big game. All the prices are correct at the time of writing but may change later on.

The team from Belgium isn't in the best form based on the recent games they played in the ECL and Jupiler Pro League and they lost the first leg of the match, so it's hard to picture them qualifying for the Conference League.

Rakow Czestochowa's recent form speaks for itself with only one draw recently. They also lost only one of the last ten away games they played, so we can see them beating Gent once against to qualify for the Conference League. 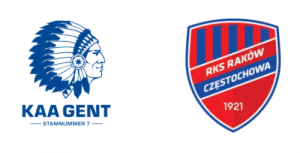 These are the most recent match histories and scores for both Gent and Rakow Czestochowa, including the fixtures they played against each other.

Popular Questions and Answers Regarding the Fixture