As we enter the final few games of the Indian Super League the race for a top 4 finish is well and truly on. Mumbai are the current occupants of the final top 4 spot place and know that if they can win their final few fixtures they should sew up a place in the playoffs. Goa are purely playing for pride in this match but could be a dangerous opponent here.

The two teams head into this crunch clash in very differing form. Mumbai sit 4th in the current form table having taken ten points from the last fifteen available. They need to keep the momentum going if they are to secure  a top 4 finish. Mumbai head into the clash full of confidence with three wins in their last four and they are the heavy favourites for success here. Goa have had a tough time of things recently having only taken four points from the last five matches. Their season is turning into a bit of a damp squib and they are playing for pride only at this stage of the season. We think Mumbai should win but Goa with no pressure on them could be a dangerous opponent.

The Best Match Odds for Goa vs Mumbai City 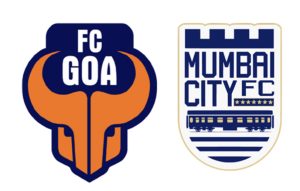 The last five matches between the teams have been competitive with Mumbai winning two and there being three draws.

What is the kick-off time for Goa vs Mumbai City?