It looks like being another fantastic weekend of Indian Super League action which kicks off on Friday between Goa and NorthEast United. It’s a battle at the basement between two teams who find themselves in 9th and 10th place respectively. In a tightly packed league both teams will be desperate for a victory to help propel them up the league.

Goa head into this match in much better form than Northeast United. Goa have just lost one match in their last five, amassing three draws and one victory during that period. Northeast United have only taken four points from the last five matches and winless in their last three matches. Away from home Northeast are the worst team in the league. In just four away matches they have conceded 13 goals and are yet to pick up a point this season on their travels. Because of Northeast’s shocking away form we have to give a narrow edge to Goa and we think they will just about emerge victorious.

When it comes to betting the over or under 2.5 goal market, the play looks to be on backing the over. It’s hard to have any real confidence in Northeast when they are on their travels considering they have conceded on average over three goals each time they play a match away from home. It isn’t a surprise to see that Northeast have seen over 2.5 goals happen in four of their last five matches considering their poor defensive record. For Goa things have been a little tighter and over 2.5 goals has only been exceeded in two of their last five matches. Goa have only scored five at home all season and they will be wanting to add to that record in this match.

The Best Match Odds for Goa vs Northeast United 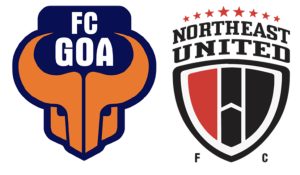 These sides have met 15 times in total and the head to head is very competitive. Goa have won five times, Northeast three times and there have been seven draws.

What is the kick-off time for Goa vs Northeast United?