Gomel will host Torpedo Zhodino in a match from the 9th round of the Belarusian Vysshaya Liga which was postponed a month ago.

Gomel and Zhodino have not had the best of seasons to date and each team can win this match.

When it comes to goals, neither of these teams is particularly high-scoring and most of their games ended with less than 2.5 goals to this point. When it comes to the games between these two teams, we have a lot of history and most matches had few goals in recent years. For example, four of the last five times they played against each other, there were less than 2.5 goals. We do not expect much from either side, so the under has a lot of value.

Both teams are actually in great forms and will have their chances to win this match. We expect this to be draw and we expect it to be extremely competitive. Zhodino are on a 3-game winning streak in all tournaments while Gomel have not lost in six consecutive games. Both sides are low-scoring teams and we do not expect to see more than 1 goal per team. The 0:0 draw is also as possible as the 1:1 is.

When it comes to corners, these teams take good numbers individually and since this should be a competitive match, we expect to see some from both sides. Overall, Zhodino are one of the teams that have taken the most individually this season – the team takes 5.4 corners per game on average and also had an average of 8.2 per game overall. On the other side, Gomel take fewer individually but they allow the most corners to their opponents out of the entire league.

Gomel have been struggling this season and it is a wonder because the team was one of the absolute best in the previous campaign. Last season, they finished at 4th place with great stats – a goal difference of +34, which means 57:23. They had the third-best defense in the entire league. This new campaign has been a struggle and it is already too late for them to be a contender even with improvement.

Torpedo Zhodino are the typical average Belarusian team that is never a real contender but often has good results during the seasons. Last year, they finished at 8th place and this year, we expect a worse performance overall. They are the 3rd lowest-scoring team in the league in the new season with just 11 goals in 11 fixtures to date.

Top Betting Odds and Stats for Gomel vs Torpedo BelAZ

FAQs regarding Gomel vs Torpedo BelAZ 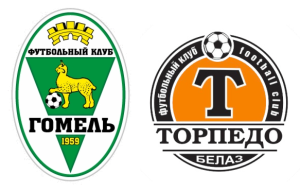 Gomel and Torpedo Zhodino have had similar results to date and are almost next to each other. Gomel are now 9th with 15 points while Zhodino are 12th with 14 points.

This fixture has been scheduled for Gomel's home ground – the Centralnyj Stadion.