Greenock Morton come back to the Cappielow Park after back-to-back away games and they take on table leaders Arbroath this time around.

Arbroath are winless in three consecutive games after only managing a goalless draw with bottom outfit Queen of the South. The last win for Arbroath was at the start of February. Greenock Morton, meanwhile, continued to pick up narrow wins with the latest coming in the form of a 1-0 success over Patrick Thistle. McEntee scored the only goal with 10 minutes of normal time left.

Greenock Morton might be 16 points behind Arbroath coming into this game, but both teams have been relatively in terms of recent form. Morton are especially in a better state thanks to 3 wins in the last four games. The midweek match against Patrick Thistle might have taken energy out of the squad and manager Dougie Imrie might have to do with some changes to freshen up the squad. Meanwhile, Arbroath coach Dick Campbell has frequently struggled against Greenock Morton.

Arbroath have gone through several high-scoring matches in recent weeks but it is largely due to the Scottish FA Cup. In the Championship matches, just two of the last five involving Arbroath has produced more than 2.5 goals. It is the same case with Greenock Morton, whose high-scoring matches are few and far between.

Arbroath are under severe pressure from the likes of Kilmarnock for the top spot. This will push them to goals, while Greenock Morton are on a good run of form with goals in four out of the last five matches.

Top Betting Odds and Stats for Greenock Morton vs Arbroath 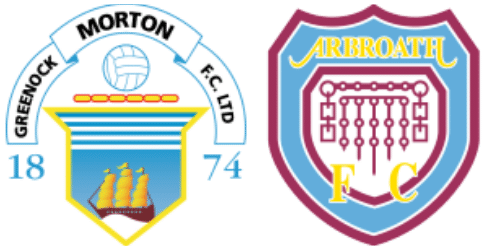 Cappielow Park is the location for this Scottish Championship game.

Arbroath are regarded as a favourite to win this match.