Guangzhou are hoping to recover from a heavy loss suffered in the opening game of the AFC Champions League when they go up against Kawasaki Frontale at the Tan Sri Dato' Hj Hassan Yunos Stadium on Monday.

Guangzhou had a nightmare of a match against Johor Darul Ta'zim after falling to a 5-0 defeat. Even though Guan Haojin’s red card in the 70th minute was to blame to a certain degree, Guangzhou had already fallen to a 4-0 deficit by that period. Kawasaki Frontale opened up the Champions League campaign with a 1-1 draw against Ulsan Hyundai. Shintaro Kurumaya was able to come up with an injury time equaliser after Ulsan Hyundai had taken a first-half lead.

Guangzhou have reasons to be very concerned about the manner of the performance in the first group match. The 5-0 defeat makes it back to back losses for Guangzhou and this is the first match since early January. Kawasaki Frontale are in a much better shape thanks to regularly being involved in action. This match is likely to go in favour of Kawasaki Frontale, who arrive into the game in great shape on all fronts.

Kawasaki Frontale might be in a great ship coming into the game but they have scored less than 1.5 goals in four consecutive matches. Even in the domestic league, they have not been able to come up with a lot of goals but Guangzhou’s defensive struggles should open up opportunities.

Guangzhou struggled throughout the match against Johor Darul Ta'zim and they are less sharp on all areas of the pitch due to a lack of recent action. Kawasaki Frontale have not been a defensive powerhouse but they should be able to keep a clean sheet in this game.

Johor Darul Ta'zim were able to shatter the dreams of Guangzhou to make a positive start. However, Guangzhou have every opportunity to recover quickly with three out of the next four matches for the team at home.

Kawasaki Frontale would have liked to make use of the home match to begin the Champions League campaign with a victory. Now, the club are aiming for a first win that would put them on the path to progressing further in the competition.

Top Betting Odds and Stats for Guangzhou vs Kawasaki Frontale 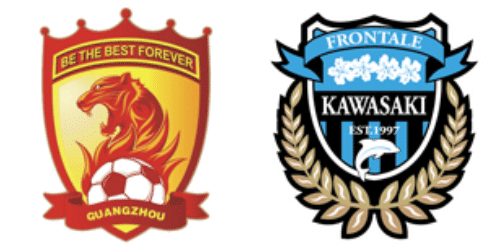 The match will be held at the Tan Sri Dato' Hj Hassan Yunos Stadium in Johor Bahru, Malaysia.

Kawasaki Frontale are the favourite to win the match.