Let’s review this interesting game between Guangzhou and Ulsan that will take place on the 24th of April at the Tianhe Stadium.

Guangzhou was doing so good recently in the Chinese league and we have no idea what is happening to the team in the AFC Champions League.

Guangzhou finished 2nd in the regular season in the domestic league in China and is now in the 3rd position in the play-off. How did the team come to be the AFC Champions League punching bag is beyond our understanding. Guangzhou is currently at the bottom of the table in Group I with three consecutive losses and it’s hard to see the team winning against Ulsan. The first game between the two teams ended with a confident 3:0 victory for Ulsan.

It didn’t happen in the first game it’s not going to happen in the rematch either. Ulsan’s attack is miserable this season in the AFC Champions League. The team hasn’t scored a single goal in the first three games of the tournament and it’s not because the team is missing their chances. The last home game finished with only one shot for Guangzhou against the enemy’s 28.

The latest news concerning the two teams is located below.

Guangzhou is at the very bottom of group I with no hope of advancing to the next round. With a 0:16 goal record, it’s highly likely that Guangzhou will be this year’s AFC Champions League weakest side. The team hasn’t scored a goal since January 1st.

Ulsan is currently in the 3rd position in Group I with four points. Kawasaki is 2nd with five points so Ulsan still holds chances for advancing to the next stage. The team managed to score a goal in 12 consecutive games so far.

H2H Knowledge and Odds for Guangzhou vs Ulsan

For odds and H2H information check out the graphics below:

Guangzhou vs Ulsan – Top Questions and Answers For this AFC Champions League Game: 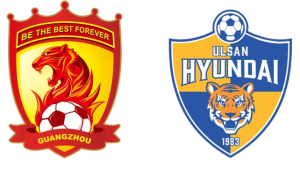