Halifax are in danger of losing their place in the play-off zone unless they win their upcoming game. This match against Barnet is the perfect opportunity for three easy points as Barnet are definitely out of shape.

Halifax have been almost perfect at home this season and will be motivated for a positive result against Barnet, who have seen several months of struggles.

In most cases, we would bet against goals in Halifax's home games but this is special matchup that often has 3-4-5 or more goals, so we think that this tradition will continue now too. While most of Halifax's home games this season had few goals and the team conceded just 8 goals in 12 games, let's look at Barnet's outings. No other team has had this many goals in away games as Barnet – 20:28. This means that the team also scored 20 goals in 15 games, which actually counts as one of the best-attacking stats in the league despite the fact that Barnet are in the bottom half of the table. While the previous game between them ended in a 0:0 draw, the three previous times Halifax hosted Barnet had the following results – 5:2, 4:2, 3:0.

We think that there is a low chance for anything else than a win for the hosts in this game. Halifax have been almost perfect at home with their 9 wins, 0 draws and 3 losses. Two of those losses came from two of the strongest teams in the league and Barnet are nowhere near the level of those sides. Moreover, the visitors have had some serious issues in recent games, both against good and weak teams. As mentioned above, Halifax won the three previous home games against Barnet with extreme goals and we expect that the team will take this opportunity to win three easy points.

Halifax are far from the highest-scoring teams in the league, both home and away, but Barnet is one of their favorite opponents in the National League. In this season, Halifax scored 23 goals in 12 home games, which is almost two goals per game. On the other side, however, we have some more impressive stats – Barnet are one of the teams that has conceded the most goals in away games – 28 in 15 games. In other words, we expect that Halifax might even score three or more goals as they did in the previous games.

Top Betting Odds and Stats for Halifax vs Barnet

FAQs regarding Halifax vs Barnet 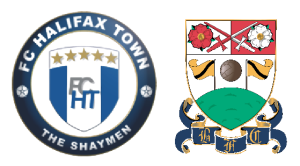 • In which places are Halifax and Barnet?

Halifax have spent the entire season in the promotion zone but their recent losses has put them behind most of the other competitors. The team is 6th right now with 51 points. Barnet, in turn, are 16th with 32 points, which means that they are quite safe from relegation but have no chances for anything significant this season.

This match will take place at Halifax's home ground – the Shay Stadium, which has a capacity for 14,061 spectators.